2016, a Record Year for the Multinational Headquarters Regime 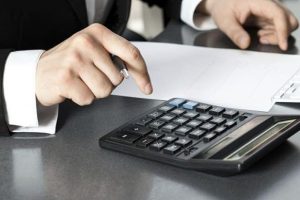 The companies Payless, Ecco, Bavaria, Clover Logistics and BRS Banque are the latest international firms that established themselves in the country under the regime of Law 41 of Multinational Headquarters (SEM).

The approval of these applications from the SEM commission of the Ministry of Trade and Industries (MICI) occurred in June. The group of five firms projects an annual investment of $1.2 million for the rental and purchases of offices, housing and acquisition of fixed assets.

The impact of the establishment of these multinationals will be more than $1.2 million per year, considering the jobs that will be opened and the transactions that will generate from their platforms.

Jonathan Diaz, Director-General of the SEM Department, declared that “if we take into account this increase in multinational companies, the current year will be one of the best for the regime since its creation in 2007”.

This positive projection and development, he adds, is particularly relevant in the context of the depressed economic state of the region: “the events that we have experienced over the past few months (like the “Panama Papers” investigation) have not been an inconvenience for multinational companies of the status and magnitude of the ones arriving to continue investing”.

In the case of Payless, a group dedicated to the retail sale of shoes and accessories, it already has a distribution centre in the Colon Free Trade Zone, but according to the SEM office, it decided to establish itself under the regime to provide support to this centre, and to provide administrative assistance to its operations in Central America, the Caribbean and South America.

With these five companies, the total number of firms that have established themselves in the country under this regime at the close of the first semester of this year is 13, a figure that equals applications in the whole of 2015, and surpasses those of 2014 and 2013.

The Danish company Ecco dedicates itself to the commercialisation of shoes and the production of high quality leather accessories in more than 80 countries around the world; Bavaria from the Netherlands produces beer and distributes its products worldwide; the American company Clover Logistics provides logistics services; and BRS Banque, from Antigua and Barbuda, provides financial services.

In the first days of September, there will be another meeting of the commission to consider four new multinational companies that will formally present their applications at the SEM Department.

These companies are located in Europe and the United States, and are part of the technology, maritime transport, cosmetics and sports industries.

With the approval of the five recent companies in June, the total number of multinational firms under the regime over the past nine years is 124, with an approximate investment of $800 million between them.

The authorities estimate that at the end of this year, there could be as many as 20 applications approved.

One of the requirements for a company to be considered under this regime is that their consolidated financial statements of the past year show more than $200 million in assets.

According to the Minister of Trade and Industries, Augusto Arosemena, a fundamental aspect for attracting the companies and maintaining those that are already established satisfied, are the working meetings that take place with these companies.

“Complementary to the work that the SEM office does, we are periodically carrying out working meetings with the general managers of these multinational groups with the purpose of listening to their experiences and needs, in such a way that we can provide them with the best conditions for companies already established and for those that are to come,” declared the Minister.

The Institute, whose investment is approximately $200 million and will be located in a 10 hectare land near the Tocumen International Airport, will begin functioning in 2018 with a matriculation of 2,500 students.

In the meeting, the multinationals offered their resources in terms of internships, apprenticeships and experience to the students studying there.

The next meeting with managers of the multinationals will occur in mid-September.

Arosemena emphasised, “we will continue to work and promote the country to the multinational companies so that they consider Panama as their regional centre of operations and services”.

In this sense, the next destination of PROINVEX, Panama’s trade promotion agency and part of the MICI, will be regional countries such as Chile, Brazil and the United States, and European ones such as Germany.