Panama will further growth in 2017 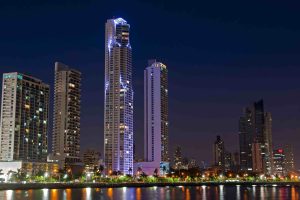 Analysts and Panamanian economist, had already anticipated a downward revision of projected economic growth for this year and envision a better outlook for 2017.

Therefore, the new projections for global growth of international organizations such as the International Monetary Fund (IMF) and World Bank (WB), among others, have not taken by surprise productive entities of Panama. The IMF adjusted the estimate of global growth to 3.1% for the 2016 and at the same time, he predicted a rebound in 2017 to 3.4%. The new estimate for Latin America -0.6% for 2016; 1.6% in 2017 and 2.7% in 2021.

In the case of Panama, the international agency expects economic growth of 5.2% in 2016; 5.8% in 2017 and 6.0% in 2021. This indicates that Panama continues in a privileged setting between economies with higher rates of performance in Latin America for two years, with the Dominican Republic.

The director of Indesa (consulting and economic analysis) partner, Felipe Chapman told Financial Capital: “In our review of half a year, we also reduced the expected growth rate, given the poor growth of the global economy, global trade and a decrease in domestic demand “. The latest projection Indesa (revised June 2016) was 4.4% for economic growth in Panama in 2016 and a forecast of 5.6% for 2017.

For its part, the director of Deloitte Panama and former deputy economy minister, Domingo Latorraca, partner commented that “the IMF adjusted its estimate to what and local analysts have noted a few weeks ago, based on figures for the first and second quarter. “

In addition, “growth expectations for 2016 and 2017 are good, especially when you consider how open is the Panamanian economy and the international environment is very complicated, especially for Latin America will record a negative growth of -0.6% in 2016 “.

Latorraca said that “the growth of the Panamanian economy each year depends more on its international logistics platform (including the Panama Canal), tourism, and investment (private and public) and less in traditional activities such as consumption.”

At the same time, the partner of Deloitte, noted that “a critical element in maintaining the pace of growth in the medium term is that Panama has the human capital qualified to fill the jobs already require and those required in the future. This is one of the most important challenges the country. “

The National Institute of Statistics and Census (INEC) of the Comptroller General of the Republic of Panama, announced in mid-September that during the second quarter of 2016, Gross Domestic Product (GDP) grew 5.2%. It represents a better performance regarding registered in the first quarter was 4.6%.

For his part, Director of Economic and Social Analysis of the Ministry of Economy and Finance (MEF), Raul Moreira told the executive meeting “Panama: Public Finance and behavior of the main economic indicators, conducted in late September by the House of Commerce, Industries and Agriculture of Panama (Cciap) during the first half of the driving forces of the Panamanian economy sectors were: electricity, gas and water (with an expansion of 11.6%); mining and quarrying (9.4%), construction (9.4%), financial intermediation (6.8%), private health activities (6.2%) and real estate, renting and business (6, 5%).

The economists stressed that “one of the advantages of the Panamanian economy is that it has a diversified structure, reason, and although there is now the possibility of damages in some sectors, mainly those related to the external sector, the rest sectors such as financial intermediation, construction and others, allow the country to remain leader of growth in Latin America. “

He also highlighted the good performance of liquid assets and deposits of the National Banking System (SBN) and the entry into operation of the expanded Canal.

During the past week, the World Bank (WB) also released its economic projections for Latin America and the Caribbean, whose estimate for the Panamanian economy in 2016 and 2017 is 5.6%.

According to World Bank Chief Economist for the region Augusto de la Torre, “the regional slowdown appears to be coming to an end, it is expected that the average growth rate becomes positive in 2017. Now we must emphasize the need for a big shift in resources towards the production of goods and services traded in the international market, that is, towards tradable activities “.