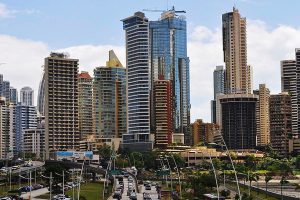 Chile is the most competitive country in Latin America, according to the annual ranking of competitiveness report presented by the World Economic Forum (WEF) today and that gives Venezuela the worst rating in the region.

While the first country is in the position 33, which is an improvement of two positions on the outcome of a year ago, Venezuela is opposite to occupy the place 130 among 138 countries.

Indicators show that Chile does particularly well in education and training.

Panama is the second Latin American country listed in the ranking and most improved (since 42 and a lead of eight positions) thanks to its macroeconomic environment, the efficiency of the market and the development of its financial market.

Meanwhile, Costa Rica has fallen slightly -two positions- to place 52, but the report highlights their strengths in primary education and health, as well as innovation.

Mexico advances six places (51) in an evaluation indicating that the most problematic factors for doing business in this country are corruption, crime, inefficient bureaucracy and tax rates.

The surprise gives Brazil -affected by the recession and a political crisis unprecedented in recent decades, despite being in the position 81, obtained positive results in factors related to institutions.

“Worldwide Brazil is well considered while is trying to address and resolve the problems related to corruption, distrust in the political class and institutions, which should be viewed positively,” said the head of research WEF competitiveness, Daniel Gomez Gaviria, introducing the report.

In Latin America, the differences in competitiveness between countries are considerable, but there is a regional divide that prevails, it has to do with the macroeconomic environment.

This factor reflects the double shock that involved lowering the price of raw materials and investment.

Another pillar of competitiveness that has been affected considerably in the region is the one that has to do with corruption.

On the prospects for Latin America, the report notes that despite the relative depreciation of various currencies against the dollar, exports have not recovered.

“This makes clear the magnitude of the challenges related to competitiveness in the region, where the average productivity has fallen continuously in the last twenty years,” said Gomez.

“After nearly a decade of strong growth following the global financial crisis, growth rates have fallen and several countries are heading for recession,” said Gomez.

In this regard, it is stated that the end of the cycle of high prices of raw materials has resulted in a fall in the value of exports from Venezuela, Colombia, Ecuador, Argentina and Brazil.

The result of all this has been an important trade deficit in the region, which in turn leads to reductions in government budgets and current account deficits.

In general, oil-exporting countries behave worse in terms of macroeconomic performance than those who are not, especially in the parameters of institutions, infrastructure and market efficiency goods and labor.

According to the report, the “boom” of raw materials hid the need to advance the competitiveness agenda, which would have allowed the emergence of new contestants in the economies and diversify them.